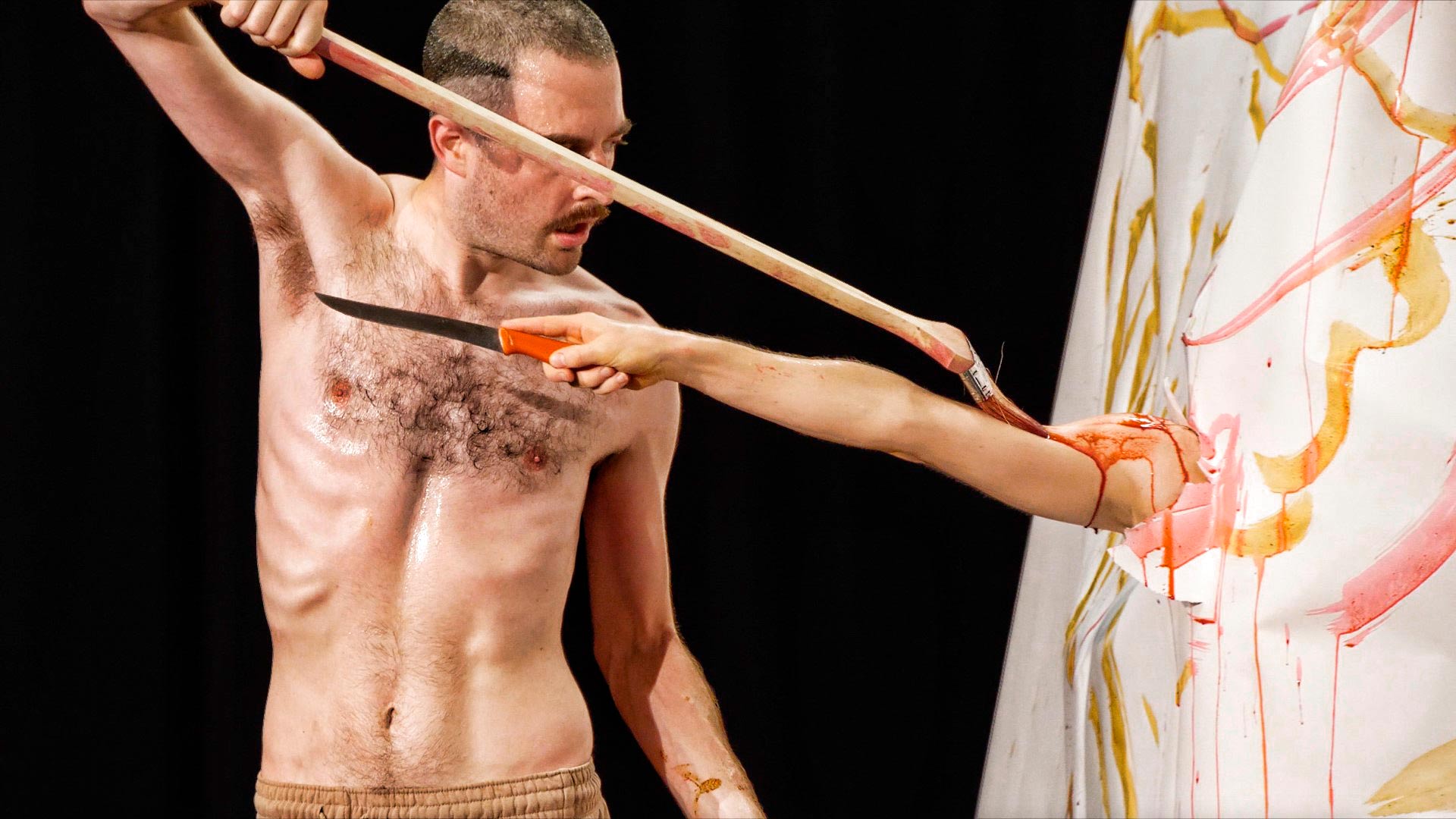 In their new production Bilderzerstörer the dance theatre company bodytalk deals with the destruction of artworks. How is it possible for art to trigger such levels of aggression in some people, that they physically and violently attack pictures? This fanatical belief – to be compelled to destroy something that is aesthetic – has held a powerful fascination not only for people, but also the media. And that means that even relatively trivial acts of destruction can make waves beyond the world of arts.

bodytalk was founded in 2008 by Rolf Baumgart and the former Kresnik dancer Yoshiko Waki and they produce political dance theatre with strong visuals and a seemingly inexhaustible energy. The starting point of each production is the examination of what happens when dance and reality collide. The productions of the artist team based in Münster frequently come together by incorporating public spaces. Since 2012 bodytalk have been a recipient of the Spitzenförderung Tanz in NRW and have been awarded numerous awards, amongst others the Kölner Tanztheaterpreis and the Bewegungskunst-Preis Leipzig.

‘A visual-acoustic Big Bang: with their new production Yoshiko Waki and Rolf Baumgart once more present a politically relevant evening of dance, which captivates primarily through its impressive visuals.” (Tanznetz)